I watched many artists redrawing their old artwork to see their progress lately, so I wanted to do this, too. I started drawing manga two years ago, so I picked my very first manga drawing for this challenge.
I tried to draw this after my mom found an old magazine which featured a manga drawing course for children. Of course these drawings were very simple but I managed to draw a magician (yes, his hair is based on Fairy Tail's Midnight): Few months later I buyed the 'Manga master class' by Mark Crilley and started to learn how to draw better. Still a very cartoony style, but I improved very fast. As I realized, my style became more realistic after practicing and practicing. Now I learn more things about drawing manga with the 'How to draw manga' series of Carlsen Manga! which I highly recommend to you if you want to learn drawing manga as well.
So this is my redrawn picture: 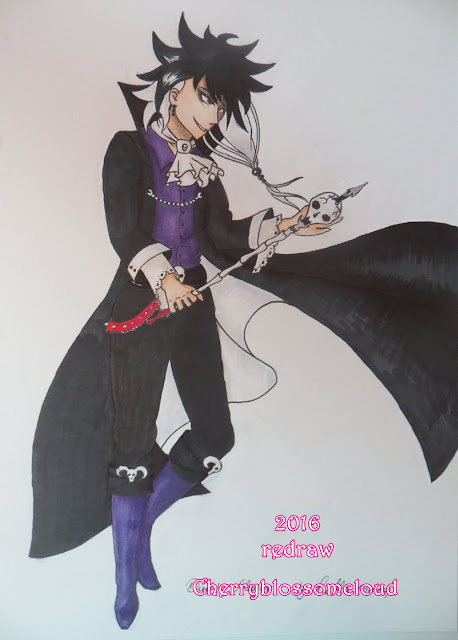 I used Copic markers instead of coloured pencils, but I also included my original medium. I also changed the pose and the outfit a little, so it doesn't look so empty and cartoony. I also have improved at making pictures feel dark and threatening while looking beautiful and attractive.

If you compare these two pictures, you can clearly see that two years of drawing make pretty much difference.
First of all, I draw more realistic eyes and face shapes in general, eventhough it's still hard for me to draw ears. 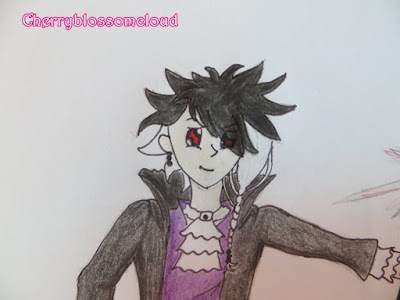 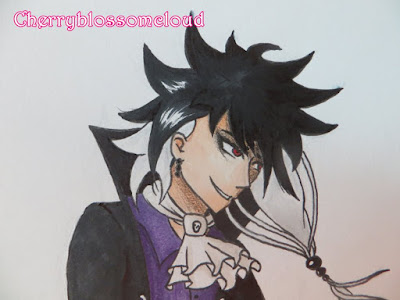 I know, I can't draw hands. Not at all. Surprisingly the hands on the old drawing look more like hands than the others... And somehow the left lace has managed to overcome gravity? But still, it looks way better than before. 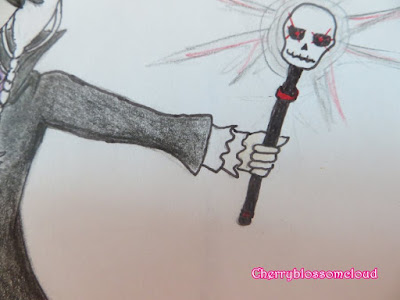 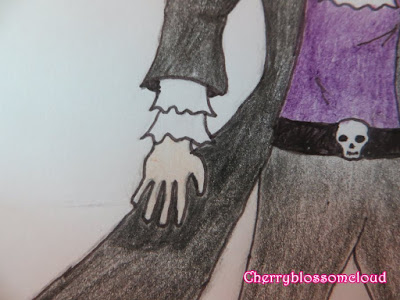 I really loved to do this challenge just because you really recognize how you improved and that you'll always become better by time. This is what I want to tell you: don't give up and always try to draw or do something new. I also started by admiring drawings of others who really could draw. I used to think by myself: "I wish I could draw like this.". And you know what? I grabbed a pen and a paper and I drew. And now I can draw like that and in a few years I can draw even better.
Guys, don't be afraid of drawing just because you can't draw something correctly. If I'd give up just because I can't draw hands properly, I'll never manage to draw them better.
at 02:45