So after I prepared all the parts of the cake, I'm now putting it together.

4. making the browned butter cream cheese frosting
Again I devided the original recipe. For my cakes I used: 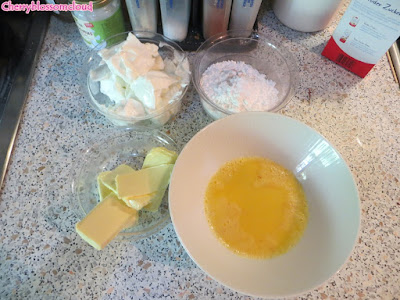 First, I stired the cream cheese until it was smooth. 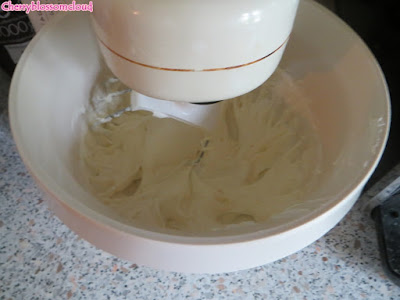 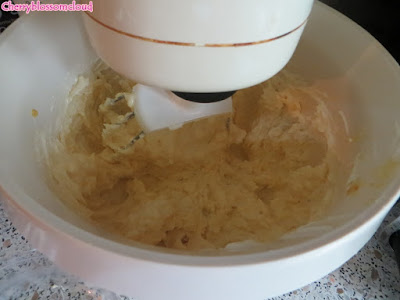 After that, all the other ingediences have to be mixed in until it forms a nice mass. 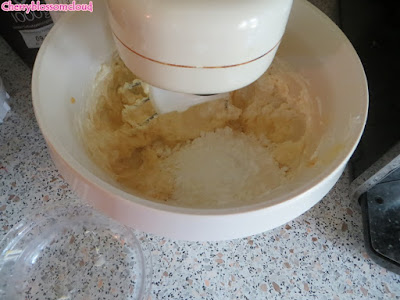 Then I mixed on high speed so the cream became creamy. 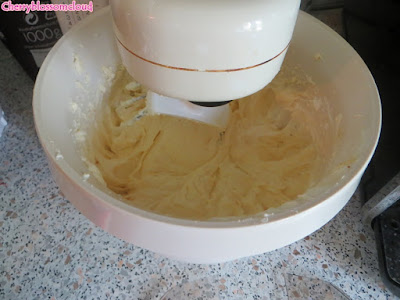 I covered the top of the cheese cake from yesterday with a nice coat of the cream and let it cool in the fridge. 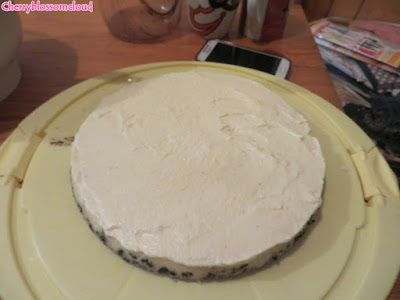 I tried to make two even layers out of the chocolate cake after I cut the top even, but I failed... the sides crumbled and I didn't get the cut neat. 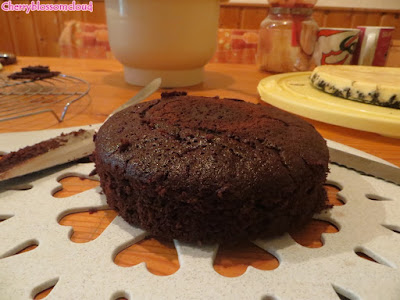 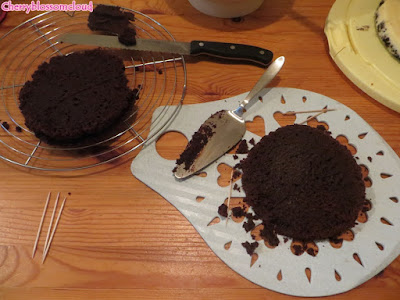 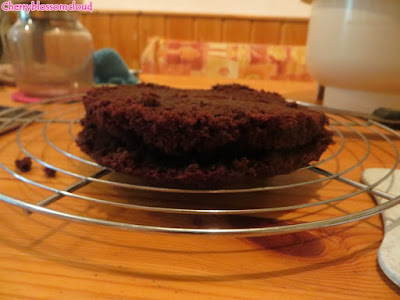 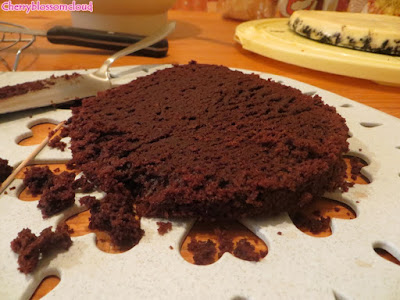 But I packed a lot cream in there, especially the place where the cake was not as high as the rest before I put the second layer on top. I let that cool for about 15mins in the fridge. 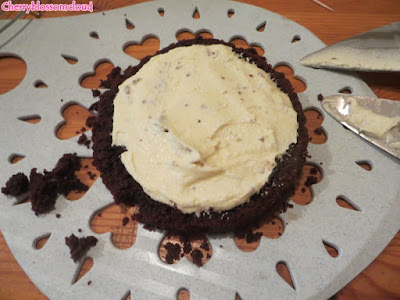 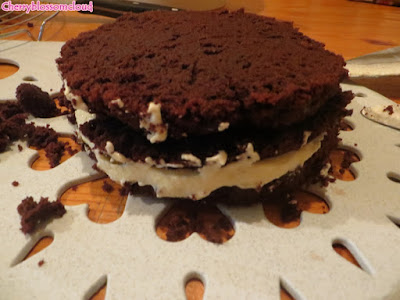 Then I trimmed the sides, where all was crumbling. 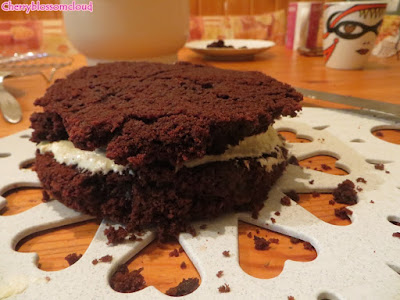 After that, I crumbcoated and finalcoated the cake, letting it cool in between. 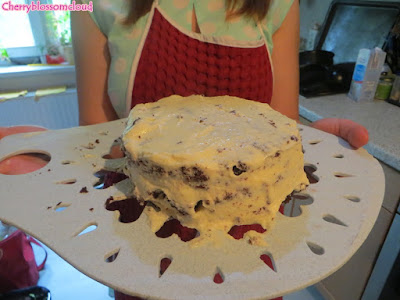 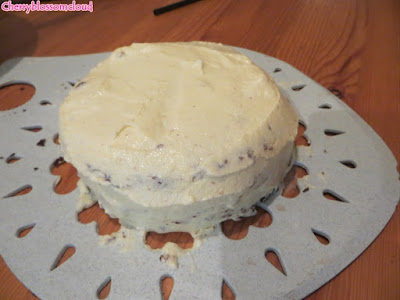 To see how a cake is made, check this -> helpful video.

Out of red fondand I cut out little hearts to decorate the cake. (do it like dough, but use confectioners sugar instead of flour) 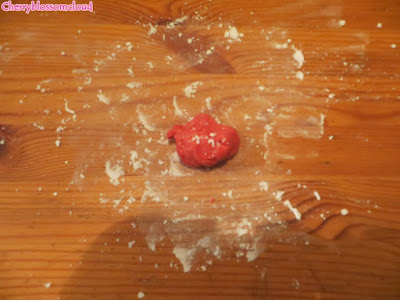 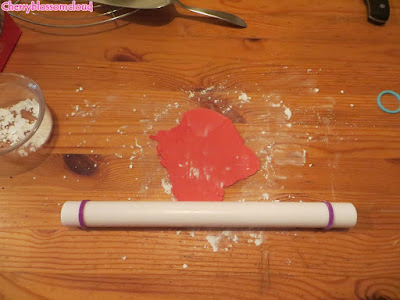 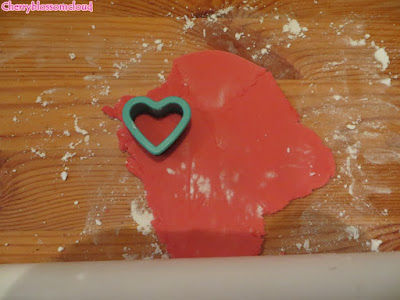 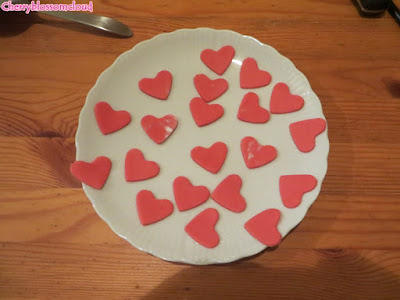 To secure the cheesecake I used trimmed straws and a little bit of the cream, then I put the chocolate cake on top. 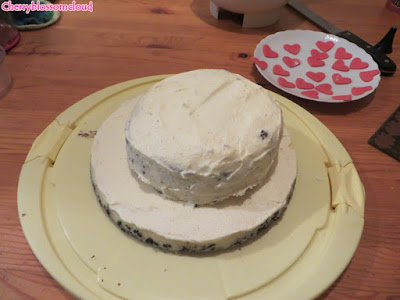 I decorated with the fondant hearts which I glued on with a little bit of water and chocolate flowers and hearts.
And this is how it looks like: 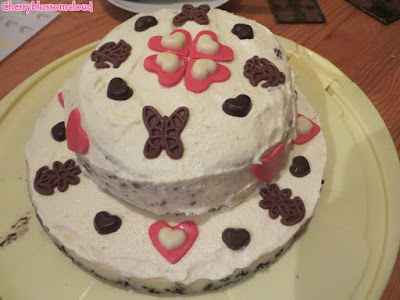 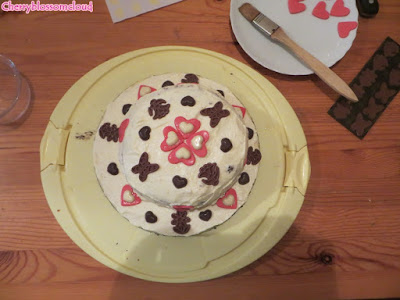 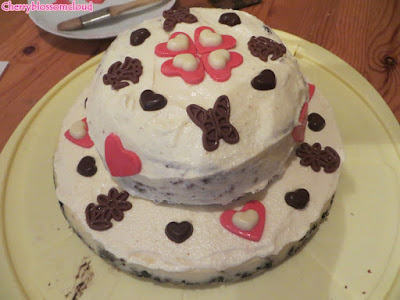 I'm very poud eventhough the chocolate cake was hard to coat and trim for my first attempt to frost a cake. It is very delicious!
PS. It was easier with help ;)
at 04:15

Email ThisBlogThis!Share to TwitterShare to FacebookShare to Pinterest
Labels: baking