While I am working on my Halloween costume, I am also working on a project combining arts, photography and fashion.
With a wide range of costumes, put together with anything I already had at home, and the help of a ->photographer I am about to create a series of photographs.
Although this is around the time of Halloween, I didn't want to focus on typical monsters and a dark, horrific atmosphere.
To make something different, I wanted to experiment with more or less normal clothing or surroundings but give them a surrealistic, dark or simply stunning twist.

While I will show some photos on my ->Instagram account, in a sereis of posts on this Blog I will - as always - explain my intentions and techniques of my art.
As my theatre teacher always said, it is not important for an artist, that people will easily understand their artwork. On this Blog, however, I want to inspire people and help them to create their own artworks, so I'll explain a little.

Today, I will show you a concept which is not as outrageous as the ones that will follow, just as a start. 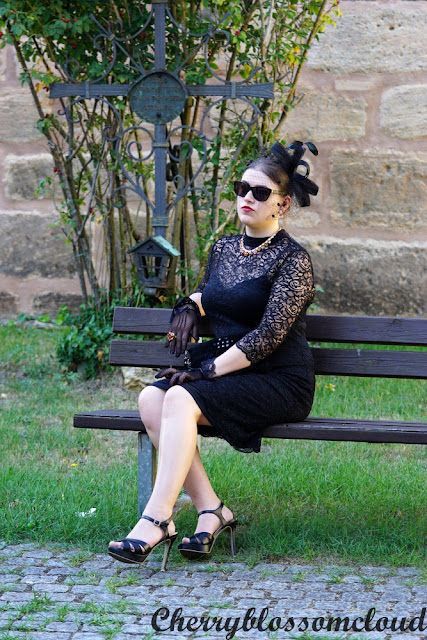 "Her husband died. The celebrity is waiting for the funeral to start." 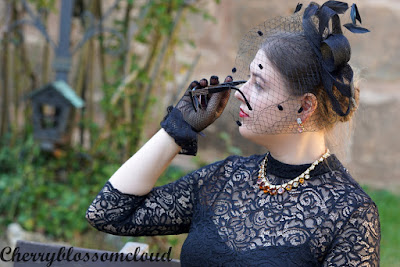 "Who is she glancing at at the funeral of her husband???" 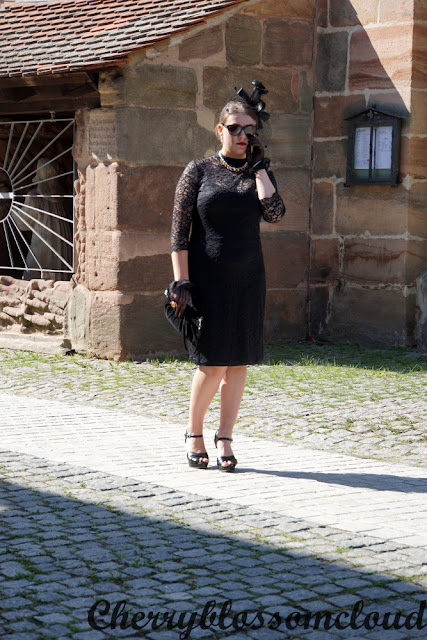 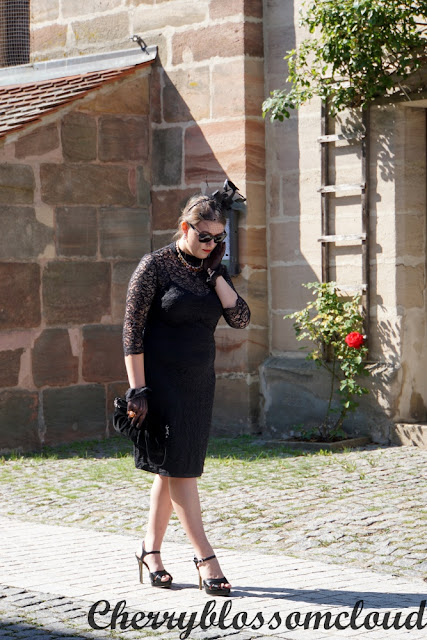 "Widow is left with a huge sum of money"

This could be starts of articles in magazines, right? Exactly this is what I intended. My portrayal of a no-name celebrity on the funeral of her "beloved" and extremely rich husband is entirely satirical.
I don't want to critizise any real celebrity on funerals, but rather I chose this extreme example to not only critizise but also SHOW the struggle of celebrities to escape the public eye, their sometimes fake-looking emotions and also the hastily judging press. 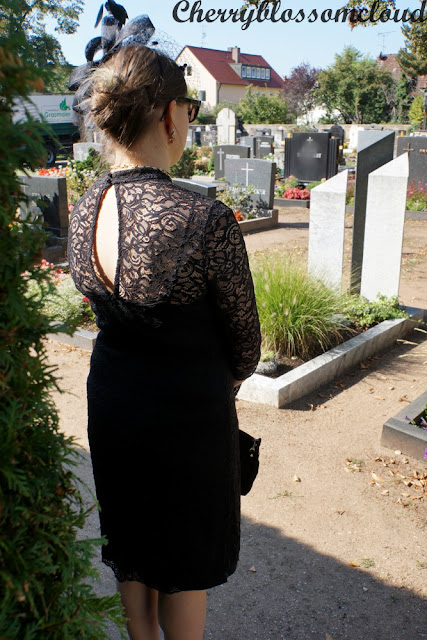 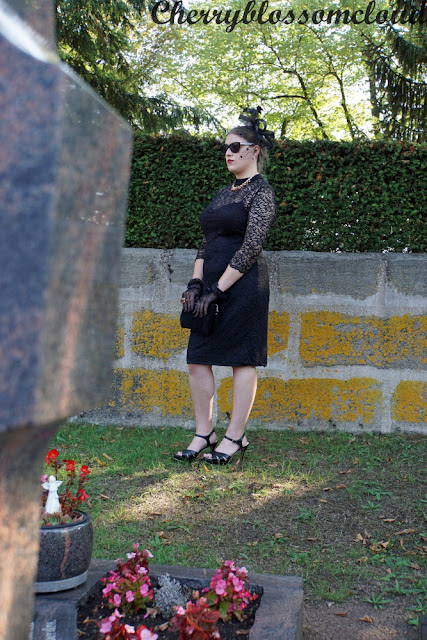 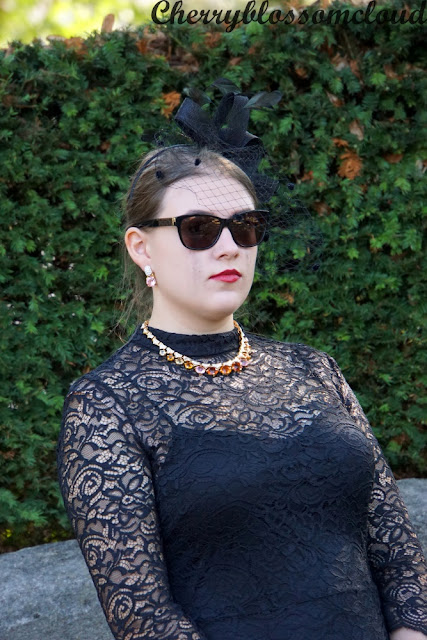 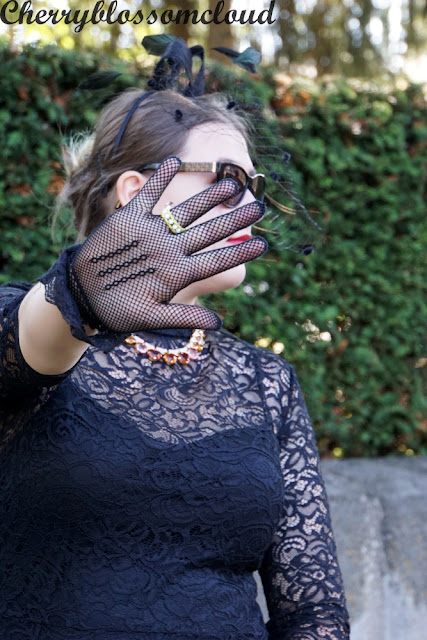 To portray a high-class widow, I combined the finest pieces of jewelry and black clothing for my outfit. Of course, sunglasses and dripped mascara had to be included. The old-fashioned fascinator and gloves and overall black clothing give the impression of a widow in grief, whereas the jewelry and bright red lipstick hint to her intention to stand out, still be the centre of attention in the media. 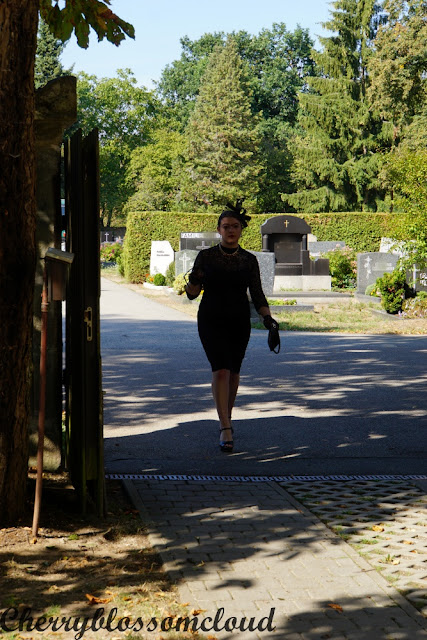 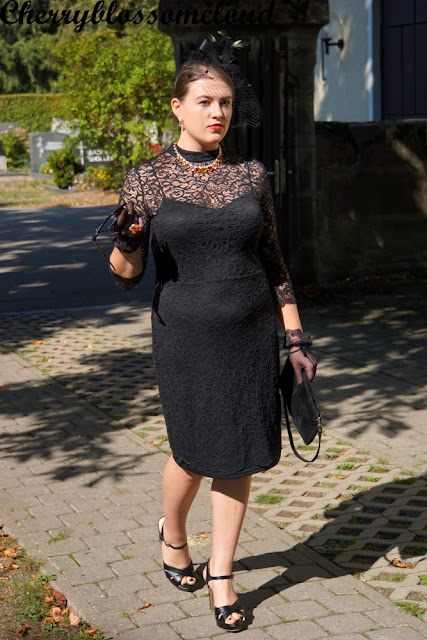 To make these photos appear as normal as possible, as if this ould have really happened, I chose not to include any dramatic effects and also keep the location of the shoot as normal as possible.
The surreal undertone is merely concentrated in the emotion shown on the face which stands in contrast to the suggested context (funeral).
Just once I experimented a little and turned a picture into a negative. A simple change, but I found it worked well with the subject, colours and perspective: 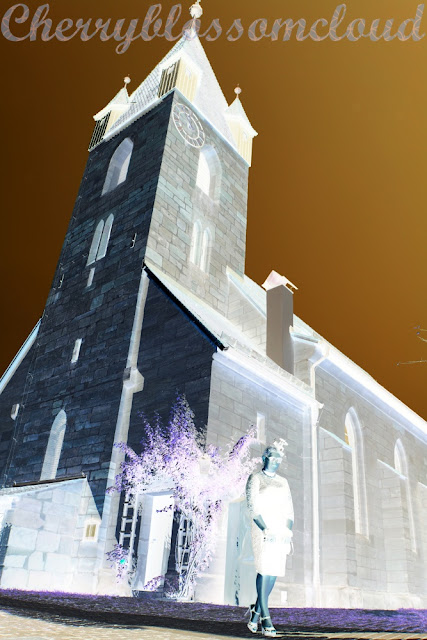 BONUS
After the shoot I went for a coffee. Certainly, I was the centre of attention on this day which was totally a bonus effect to my portrayal of a unspecific celebrity attending private affairs in public. 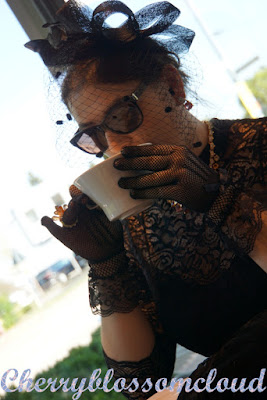 This part of the project focuses on the subject, theme and interpretation of the pictures rather than on an outstanding look, but in the next few posts I will show you stunning compositions and unbelievable realities ;)
at 04:43